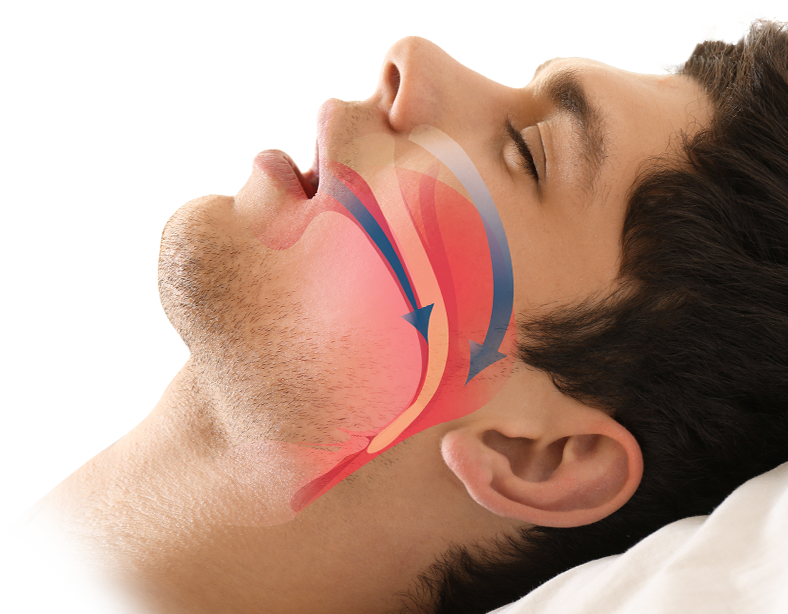 Snoring, sleep apnea, and temporomandibular joint (TMJ) issues can affect your quality of sleep and compromise your overall health.

The Peak Family Dentistry team is highly trained in sleep medicine and can help you achieve deep, beneficial sleep.

Wondering how sleep medicine at our ​Albuquerque, New Mexico, dental office can improve your quality of life?

What is dental sleep medicine? Dental sleep medicine is an area of dental practice that focuses on improving a patient’s quality of sleep through oral-therapy. Oral-therapy is often a great benefit to patients that suffer from migraine headaches, clenching and grinding, symptoms of dysfunctional TMJ, or are in need of treatment for obstructive sleep apnea via a mandibular advancement appliance. Dr. Billie Adams provides dental sleep medicine at our Albuquerque, NM, practice.

Our team in Albuquerque is here to help you understand and overcome obstructive sleep apnea.

Migraine headaches can often be eliminated through routine use of an oral appliance. When certain muscles of the face are overused, usually during daily function, they can trigger headaches from constant stimulation. Oral-appliance-therapy works to deprogram these muscles, allowing the muscles to rest, which results in fewer headaches.

Etiology of over-stimulated muscles of the face are often related to teeth clenching and grinding. Clenching may take place during the day or the night. Often, patients are unaware of this habit. When done on a consistent basis, clenching can lead to migraines, tooth wear, recession, dysfunctional temporomandibular joint (TMJ), and even cracked teeth, which can lead to tooth loss.

This device, provided at our Albuquerque practice, can help you breathe properly as you sleep.

Symptomatic dysfunctional TMJ – a subtle symptom of TMJ dysfunction may present with a pop or click in the jaw, upon opening or closing of the mouth. Most patients will notice some noise, but may not have any pain. Other patients may experience pain, jaw deviation, change in their bite, difficulty closing their mouth, and, in some cases, the jaw may even lock open. Occlusal splint therapy is used to eliminate pain while preventing further joint damage. There are many causes of dysfunctional TMJ and several different splint therapy options. A comprehensive assessment of your condition will determine your path of treatment.

Patients that suffer from dysfunctional TMJ also frequently suffer from airway disordered breathing. This is a disruption in breathing that can happen during the day, the night, or both. This may be as simple as mouth breathing, or as concerning as obstructive sleep apnea. If a patient is not able to maximize a breathing cycle, gas exchange is not optimized, and the circulatory system is at risk for major problems.

Mouth breathing is more common than people think. It can be out of habit, or because of a blocked nasal airway. Mouth breathing may not seem like a significant breathing disorder, but it can be detrimental to your oral health. The reason for this is that mouth breathing, if chronic, will lead to dry mouth.

A dry mouth has a lower PH, which accelerates tooth breakdown. A dry mouth is also a more favorable environment for plaque to attach and grow on the teeth. Patients that often suffer from dry mouth tend to have issues with cavities, gum disease, bleeding gums, recession, and bad breath. Dry mouth may even affect a patient’s speech or swallowing efficiency. Other common causes for dry mouth are medications, systemic disease, dehydration, substance abuse, smoking, and age.

Upper airway resistance syndrome (UARS) is another common sleep disorder that is characterized by a narrowing of the airway, causing a disruption in sleep. Symptoms often associated with this condition are: snoring, excessive fatigue, and insomnia. Left untreated, this condition can advance and evolve into obstructive sleep apnea. A Mandibular Advancement Appliance (MAA) provided by our Albuquerque practice is an effective control therapy for patients that suffer from UARS.

Obstructive sleep apnea, a medical disease often diagnosed by a sleep physician, after a diagnostic sleep test, is a dangerous sleep disorder. Control of obstructive sleep apnea is also prescribed by the diagnosing sleep physician. There are three levels of disease: mild, moderate, and severe. In severe conditions, Continuous Positive Airway Pressure (CPAP) is the first line of therapy. Moderate and mild conditions may receive a prescription for CPAP or Mandibular Advancement Appliance (MAA). Patients with severe conditions that are noncompliant with CPAP should consider a mandibular advancement appliance as an alternative control.

Sleep apnea is a condition of cessation of airflow at the nostrils and mouth during sleep. Episodes may last from seconds to minutes. A hypopnea is shallow breathing in which the airflow in and out of the airway is less than half of normal. Repeated episodes of both over time cause a decrease in the body’s oxygen saturation, which can lead to other life threatening systemic conditions. OSA has been shown to increase the risk for systemic hypertension, pulmonary vascular disease, ischemic heart disease, cerebral vascular disease, congestive heart failure, memory loss, and arrhythmias.

Individual patients present with their own unique cause for conditions of disruption in their airways. Often, these conditions require a multidisciplinary team, including the dentist and physicians, to achieve optimal success in treatment. Impact of airway dysfunction on the stomatognathic system is often noticed before other systems of the body.

As part of our commitment to overall health and wellness, Dr Adams and her team have been trained to screen for signs of airway disordered breathing that present in the mouth. At Peak Family Dentistry in Albuquerque, we aim to improve airways while doing dentistry. If patients breathe better, they sleep better, and live better! 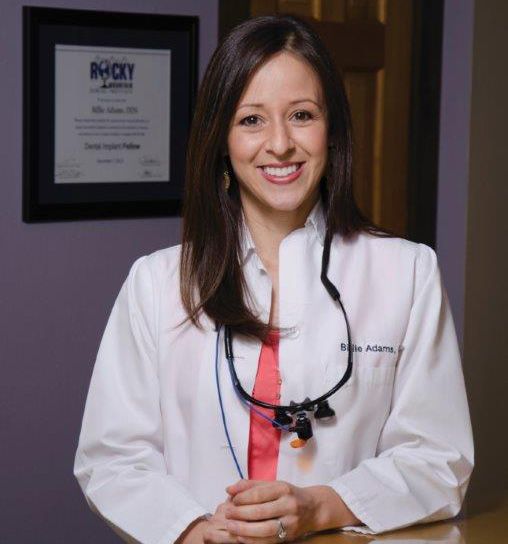 Dr. Billie Adams provides patients with the highest level of care. She is affiliated with several esteemed dental organizations, including:

*Disclaimer: results are not guaranteed, may not be permanent, and can vary per individual. Some images are of models, not actual patients.